The Story of Grace Papageorge of Levissi (today Kayaköy) 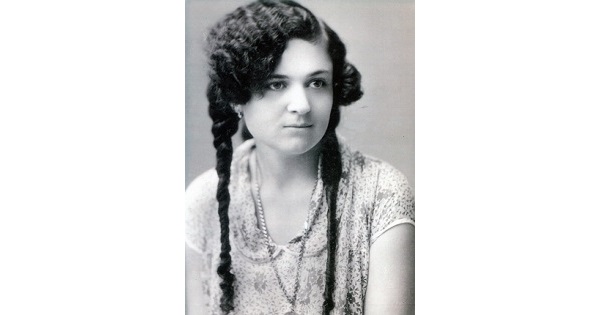 The following is the experience of Grace Papageorge as told her son.

Grace Papageorge (Papageorgiou) was born on the 23rd of November 1912 at Kayaköy (formerly Levissi, Asia Minor) in the south-west coastal region of Turkey close to Fethiye (formerly Macri). She was of Greek descent, her family having settled in that region many generations prior to her birth. They were able to maintain their Greek citizenship by paying taxes to the Ottoman Government. She lived in a farming community with her family, owning substantial land that was farmed out on a share basis.

She lived in a community of many relatives, with generations including grandparents, aunts and uncles sharing the family home. She had vague memories of her father who was conscripted into the Ottoman Army when she was just a small child to fight against the Allies. Her recollections of him were of him coming home on very few occasions, and, twice when he left, his wife being pregnant with twins. He disappeared when she was about 6, his fate never known. Some of the theories on his disappearance were that:

My mother told us a lot of stories.  She told us of the day the Turkish soldiers knocked on their door in 1922, ordering them to leave their house and not to pack as their goods would be sent on. This of course never happened. My grandmother refused to leave the area and roamed the south of Turkey for many years with five children and her two sisters. She did not want to leave the area as she was convinced her husband would come back, and if they moved too far, he would not be able to find them.

This left my grandmother rearing five small children in a hostile land. For the next four years they were exiles, shifted from their home and transferred to alien places. Sometimes they were without food or support of any kind, and sometimes they were dumped somewhere and left to fend as best they could.

My mother told us of being very hungry and how the Turkish citizens were very kind and gave them food and shelter. She told us that she saw Turkish soldiers throwing babies in the air and then catching them on their bayonets. She told of her mother boiling wheat to give the liquid to the younger children to help them survive. She also told us how her mother had sewn some of the family jewellery into their clothing and how she used this jewellery to bribe people for help and food. A priest once offered to help her in exchange for some jewellery. She gave him the jewellery and she never saw him again.

After four or five years wandering the area my grandmother realised that her husband would not be coming back so they made arrangements to go to Rhodes. The family was smuggled in the hold of a fishing boat and found their way to the Greek territory of Rhodes – although the island was held by the Italians at the time.  My mother told us about the voyage in the boat, only remembering the terrible stench and how on arrival in Rhodes all the family was infested with lice and had to have their hair cut off and then they were bathed in phenol.

In 1928, at sixteen years of age, my mother was smuggled out of Rhodes on a sailing ship. She boarded the sailing ship with Italian passports and made her way to Australia where she took up residence with an uncle and her brothers in Port Augusta, South Australia. Her twin brothers Paul and Michael had already been shipped to Australia two years prior. When she arrived in South Australia, her Italian passport was taken from her and she lived her entire life in Australia with no official papers to prove who she was.

Further reading:
The Persecution of the Greeks of Livissi (Kayaköy) & Macri (Fethiye)
Persecution and Extermination of the Communities of Macri and Livissi (1914-1918).
The Testimony of Nikos Pantelis (Kayaköy)