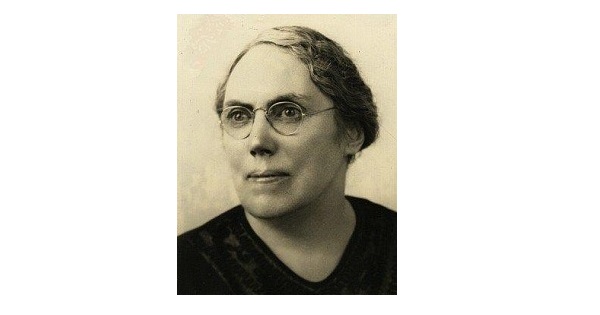 Susan Wealthy Orvis (1873-1941) was a U.S missionary who witnessed the persecution of Greeks during the Greek Genocide. Orvis traveled to Turkey as early as 1902 under the auspices of the American Board of Commissions for Foreign Missions. In 1920, she served as the Director of the Near East Relief Schools in Talas, a district in Caesarea (today Kayseri), a province in the interior of Turkey.

In November 1922, only weeks after the destruction of Smyrna by Kemalist forces, Orvis was coordinating the evacuation of hundreds of orphans from Kayseri to the seacoast, when she witnessed native Greeks from Smyrna - mainly women and children - being marched to their death. Her eye-witness testimony appears below:

I have never in my whole experience in Near East witnessed such human sorrow, distress, death, as caused by this vast flight, which is depopulating one of Turkey's richest provinces. It was like a march of terror.

I brought out the fifteenth and last caravan of orphans from Caesarea, 250 miles inland. First half of journey made in wagons. I traveled on horseback in order better to watch over column. We set out from Caesarea at five, morning. An hour later were in foothills of Mount Argaeus, thirteen thousand feet high, where snow impeded progress. We were marching through historic gates of Cilicia in Taurus mountains when I saw a sight I shall never forget. It was a long thin column of people coming towards us. As they came closer I saw there were a thousand in the line. Ninety-five percent were women, children; remainder old men. Solitary mounted Turkish soldier rode in middle of column.

In answer to my questions my Turkish guide almost startled me with information that they were from Smyrna and were being deported to Caesarea. 'They are being punished', he said, 'for excesses committed by Greek soldiers against our people.'

I knew from their clothing that they had come from another region than the one we were in. Questions revealed awful truth – they had walked from Smyrna, 500 miles away. They had been on road two months, a column of agony. There were three thousands in column when they started. Groups had at intervals been diverted to other roads and many weaker ones had died by roadside. I now recalled village gossip of wholesale deportations after Smyrna disaster. Here it was in its awful reality. Every face bore deathlike pallor. Women carried babies in arms and were stooped from weight of all their possessions on their backs. Majority were barefooted. All were unutterably miserable but bore themselves with remarkable fortitude.

After they passed on I noticed some garments at roadside. No one throws away clothing in the desolate country. Lifting garments I uncovered two little girls about twelve years old. They were white, staring skeletons, so close to death they could not move. They were left for dead by column of agony. We succeeded in reviving them and obtained permission from authorities to place them in our orphan caravan.

After four and a half days we reached Ouloukishla [Ulukışla] on Baghdad railway, where we paid full fare for our children to ride in six inches of snow in open freight cars to Mersine. My last moments in Ouloukishla were devoted to making strongest representations to authorities for protection against soldiers who tried carry off our oldest girls.

The approximate route taken by Susan Wealthy Orvis (in red) during her evacuation of orphans from Kayseri (Gr: Caesarea) to the seacoast and the deportation route taken by Greeks from Smyrna (in blue).