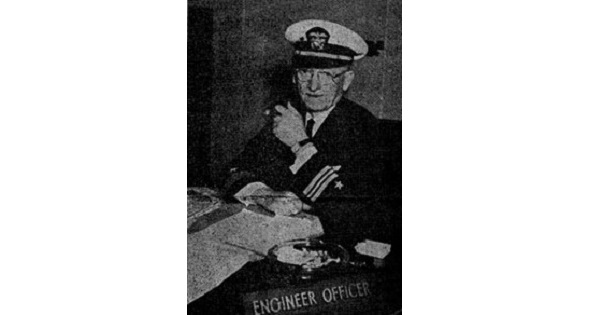 Lieutenant Commander Arthur David Murray (1883-1957) was born in Sioux Falls, South Dakota. A qualified electrical engineer, he was enlisted in the Navy in 1917 at the age of 35. In 1920, Murray was made Commander of the newly commissioned destroyer the USS Overton which was assigned to perform diplomatic and humanitarian work around Caucasian, Roumanian and Turkish Black Sea ports. He was present at Izmit in 1921 to assist with the evacuation of Greeks from the region following the Izmit Massacres (1920-21) and was also present at Samsun where he witnessed the deportation of Greeks to the interior.

The following account by Lt. Cdr. Murray was recorded on 28 August 1921 aboard the Overton which was stationed in the Black Sea. The account was first made to Charles V. Vickrey, General Secretary of the Near East Relief, who requested it be repeated to his stenographer who then transcribed it. The account details the 1921 Kavak massacre and the deportations of Greeks. A copy of this eyewitness testimony is housed in the United States National Archives. In 2014, Arthur Murray's letters aboard the USS Overton were published in a publication titled Black Sea: A Naval Officer's Near East Experience.

On June 26, 1921, 550 Greeks were massacred by the Turks at Kavak, right back of Samsoun. These were men who had been gathered in the town, set in single file and marched down a narrow path in a ravine where they subjected to a murderous cross-fire. Some fell as though dead and later escaped in the dark. Before being thus sent to death the men were asked if they wished any telegrams sent to relatives or friends. They were then asked to turn over all their money to the guards for safe-keeping. Telegrams were then sent to the names and addresses given by the men, worded about as follows:

This note came to the home of one of the men who had returned home safely after escaping from the massacre. The Turks claim they were obliged to kill these men because they had turned on the guards.

Twenty-five hundred girls, taken from various villages were deported. They had been so badly dealt with they could hardly walk. In all there were five parties of deportees. The first and second parties, numbering 900, came from Samsoun, but of these only 200 hundred arrived safely at Sivas, clothes torn, some entirely naked. They had been robbed, even of filling in their teeth. After the first and second parties arrived the others came on in comparatively good condition. There was considerable deportation done between Malata and Cheldi. These were conducted orderly and had Diabekir as destination. Mr. Fuller says he met about 3,000 women and children under Turkish guards - babies tied on the backs of women and girls, one girl had her hands tied and was being led by a rope held by an older woman. She had lost her mind. This was July 6."