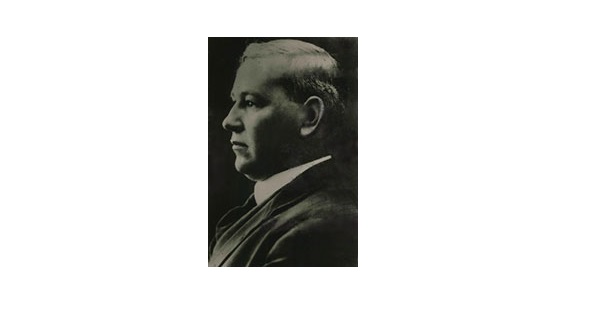 Herbert Adams Gibbons was born in Annapolis, Maryland USA in 1880. He was a journalist and a foreign correspondent who worked throughout Europe, the Orient and Africa. His writings were published in various newspapers throughout the USA. He was also a lecturer, and the author of over two dozen books mostly on international affairs. He spent his early career in Ottoman Turkey working on his doctoral thesis and lecturing at Robert College in Constantinople (Istanbul). In 1909 as a missionary for the American Board of Foreign Missions, Gibbons and his wife Helen Davenport Gibbons witnessed the massacre of Armenians at Adana and Tarsus.1 In 1917, his wife wrote a book titled The Red Rugs of Tarsus in which she describes her experience during the massacres. The book was also published in French. In 1916, Gibbons wrote a book titled The Blackest Page of Modern History: Events in Armenia in 1915, the facts and Responsibilities in which, he too describes the massacres.

As a correspondent for the Christian Science Monitor, Gibbons wrote a number of articles between May-July 1922 describing the treatment of Ottoman Greeks. His testimony below appeeared in the May 31st issue. He died in Austria in 1934 at the age of 54.

Despite repeated blank denials, the Angora Turks are following a deliberate and ruthless policy of extermination of the Greeks. I find that Trebizond is being cleared of the remaining Christian population.

Two years ago there were 25,000 Greeks here. Today, between the ages of 80 and 14, the male population numbers 6 priests and 10 civilians. Not one doctor, not one teacher is left. The Greek hospitals and Greek schools are closed and even private lessons in the homes are forbidden. There are no Greeks in business. The Greeks were the most prosperous element here, with fine homes, a splendid hospital, owning large summer villas on the hills; but now that the fathers and the husbands and the sons have gone, the women are plunged into deep poverty.

I see the women digging ditches, passing stones to masons, carrying heavy burdens in bare feet and rags. They are the longshoremen of the port. Now, after having deported all the older boys, the Angora Government has ordered the seizure of children of 14 down to 11 years of age. It is a heartrending sight to see the poor little children herded like cattle, driven through the streets to the Government House, where they are being thrown into a filthy underground dungeon. Some 300 were thus collected on May 20th at Trebizond.

This week these will follow their elders to the barbed-wire enclosure near Jevislik, on the road to Erzerum, far from the unpleasantly inquisitive eyes of foreigners, and where they will disappear for ever. For the deportees, once entering the Jevislik camp, never leave it. The Turks give them no food, which of course can only have one result. Not only Trebizond, but all the Greek villages of this region, feed their mankind into the Moloch jaws of Jevislik.

The Armenian villages were long ago destroyed; now has come the turn of the Greek peasants. With no men and boys, having no seed, cattle or farming tools, the women cannot eke out a living, so they come with their children to Trebizond in quest of food, the young girls hiding their youth behind dirt and rags. Whatever outrages may be perpetrated, the authorities make no investigation.

Prominent Turks of Jevislik came here to protest. "Jeveslik cries out to Heaven against us, we shall be doomed among the nations," one of these declared, while another pleaded with the Vali that the Turkish national honour should be no longer stained with such crimes against humanity, but though Ebou Bekir Hakim, the Vali, and Hushein, the Mayor, feel the shame of making war on little boys, they are powerless to arrest the execution of a decree which has been determined by a secret committee which rules this country.

This Angora committee, after the fashion of the former Committee of Union Progress, has representatives everywhere who dictate to and watch the Government officials. Whoever does not obey the orders of this committee is arrested and tried for treason, or in some instances assassinated. The valis and the military governors have been changed several times at Trebizond when these functionaries tried to soften the persecutions.

The most fanatical Nationalist agents who have direct charges of exterminating the Greeks are the health commissioners, doctors, and the directors of public education, so it is the educated Young Turks who are directly responsible.

No Future for Christianity

The Turkish hodja, of Cretan origin, when he saw the schools closed and the youngsters going without education, acted on a generous impulse and went to the director of schools of the vilayet and said: "I know Greek and want to open schools for these children."

The director flew in a rage and shouted, "What, when we are working to destroy these people, would you keep them alive?"

There is no hope for the Christians under Nationalist rule; no future for Christianity in the regions of Anatolia outside Greek occupation, unless Europe and America declare their patience at an end and outlaw the Angora Government.

Despite the formal denials of the Nationalist Government and the false or misleading statements purporting to come from the American Relief Workers in the interior which are telegraphed from Angora, there is overwhelming evidence which indicates that the massacres and deportations of the Greeks is more horrible even than those of the Armenians during the World War, and that these crimes continue unabated.2