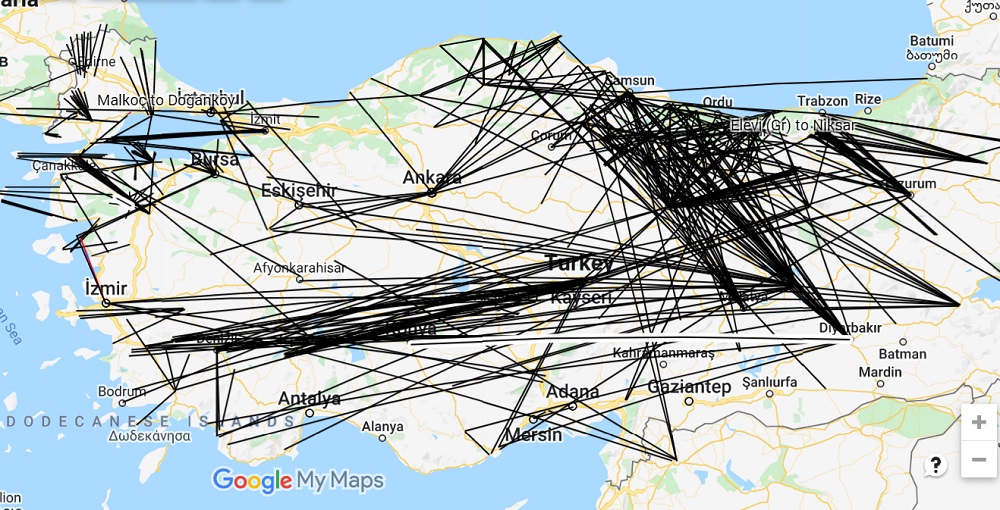 Beginning in 1913, the Ottoman Government instituted a program of deportation that involved the forceful and often violent mass movement of large numbers of native Greeks living in the Ottoman Empire. The Ecumenical Patriarchate kept figures of these deportations and published them in 1919. According to the Patriarchate, by 1918, 774,235 Greeks were deported throughout Ottoman Turkey. While some Greeks were able to return to their homes following the defeat of Ottoman Turkey in the First World War, many of the Greeks deported to the interior of Turkey were never seen again. The Patriarchate figures appear below.