Persecutions of the Greeks in Turkey before the European War 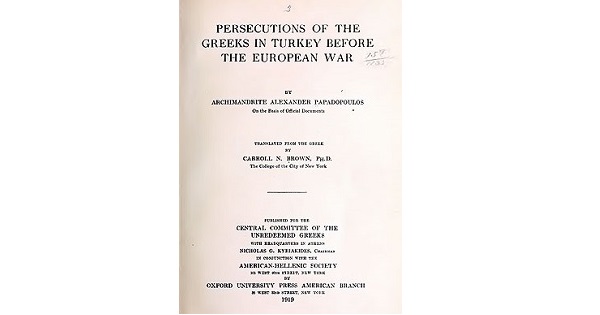 This publication details the persecution of Greeks in the Turkey before the outbreak of WW1. It was compiled by Archimandrite Alexander (Anthimos) Papadopoulos (1878-1962) using official documents.

PART I
The Policy of the Young Turks toward the Greeks from the Establishment of the Sham "Constitutional Regime" up to the Balkan War.

PART III
The Mass Persecutions of the Year of 1914, in Thrace and Asia Minor, up to the Outbreak of the European War.